Penny Dreadfuls; the Victorian era adventures for the masses

Story papers, also known as penny dreadfuls, penny horribles, penny awfuls, penny numbers, and penny bloods, were started in the 1830s becoming immensely popular and, of course, sold for one penny. They were the result of cheaper printing methods (and engravings supplanting woodcuts), and replaced the old single broadsheets that accompanied any scandalous or gruesome news story, which had also sold for a penny. The earliest reference for the term penny dreadful I could find comes from 1843, penny blood being the more common name until the late 1850s. Originally created as a cheaper alternative to mainstream fiction for working class adults (Dickens’s illustrated novels sold in monthly parts for a shilling), by the 1850s the serial stories were often aimed at teenagers. For the first time the children of the great unwashed masses were learning to read, thanks first to Sunday schools, then charity schools, and finally by the universal education instituted by the British Parliament, so publishers quickly found ways to entertain this new demographic of customers. This also coincided with a baby boom and growth in Britain; in the 1820s almost half of the population were under twenty years of age, by the 1840s the first large generation of young Brits with basic education were becoming consumers. 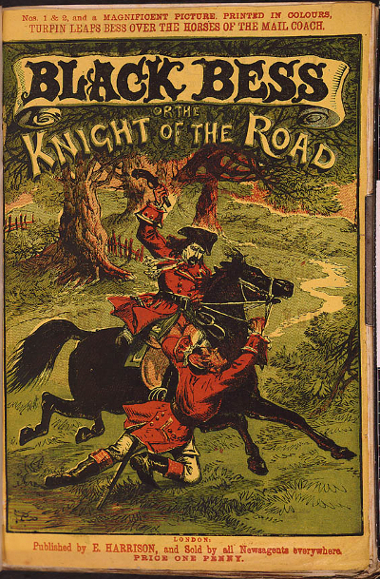 Dick Turpin adventures, by Edward Viles, published from 1861 to 1865. May have been written by Percy Bolingbroke St John. 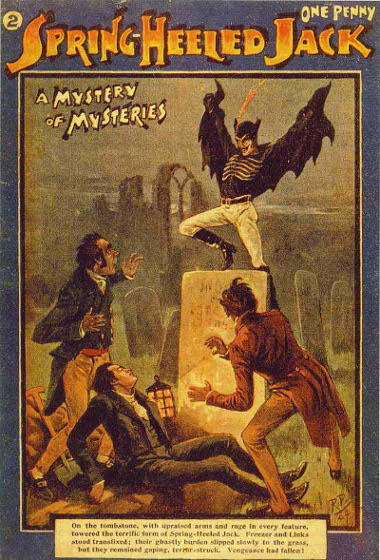 This infamous character made headlines in British newspapers for over 60 years, starting in 1838.

Penny dreadfuls usually featured lurid, sensational, exciting tales with lavish illustrations, some in colour. Many of the subjects were taken from popular novels, some were historically based, others about famous criminals. Some highly successful tales boasted a weekly sale of 30,000 copies. One of the longest running series followed the exploits of Dick Turpin, highwayman, which continued for 254 episodes. Although there were countless copies of these story papers printed very few original copies exist, because the colourful covers were ideal for papering the walls of poor family’s common rooms, where they faded under coal soot and tobacco smoke, and pages were used for fire starter and toilet paper. The penny serials were even known as bum fodder. George A. Sala (1828-95), a respected journalist, started off as a penny blood writer, and described them as “a world of dormant peerages, of murderous baronets, and ladies of title addicted to the study of toxicology, of gipsies and brigand-chiefs, men with masks and women with daggers, of stolen children, withered hags, heartless gamesters, nefarious roués, foreign princesses, Jesuit fathers, gravediggers, resurrection-men, lunatics and ghosts.”

Of note, many famous authors contributed to the serials, Bram Stoker and Wilkie Collins to name a couple, and it was in “The String of Pearls” that Sweeney Todd made his first appearance, 1846 to 1847, by J.M. Rymer and T.P. Prest. 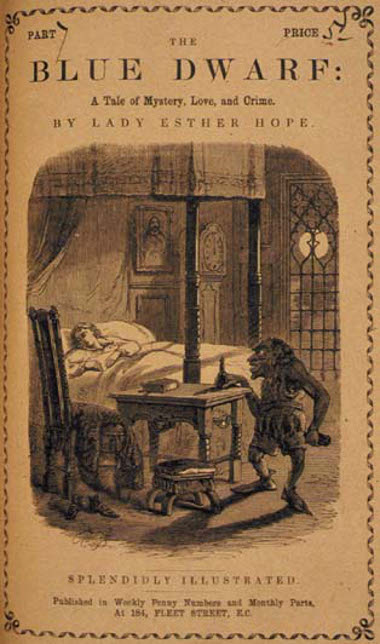 By Lady Esther Hope, 1861, inspired two stage adaptations. This may have been penned by Percy Bolingbroke St John. 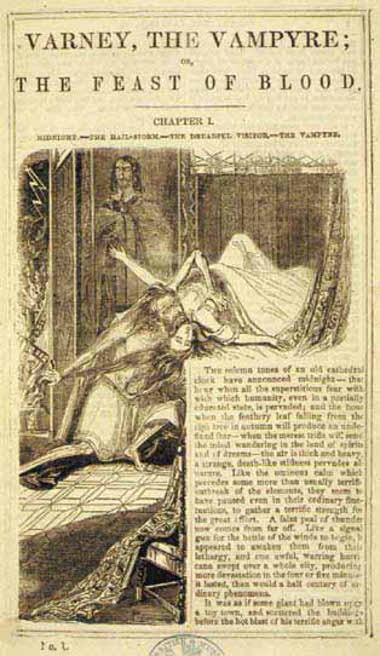 Available for purchase from these fine vendors:

And book sellers near you. Look for this sensational penny dreadful styled cover.
Please consider purchasing the adventures from a local independent bookshop.