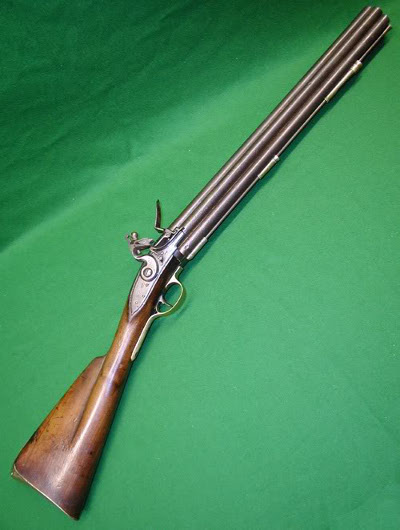 The need to stop many men at once was a problem gunsmiths had been working on for some time. Volley guns, whether long arms or hand held, were developed in the 1700s. First as flintlocks, then as percussion cap and hammer, these weapons fired (or misfired) all the barrels at once. They were infamous for sometimes exploding, always delivering an overpowering kick, and being slow to reload. 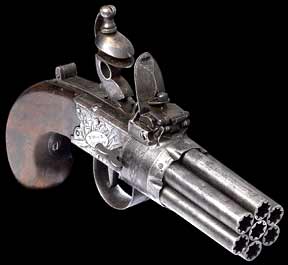 Note this appears to have grooved barrels, but they are smooth bore. The notches are for a barrel removal tool.

When the Napoleonic Wars drew to a close in 1815, Europe breathed a collective sigh of relief. Thousands of muskets, rifles and pistols had been manufactured for the great battles. The developments that followed didn’t garner much interest; there were already more than enough weapons to go around.

An exception would be Elisha Collier’s flintlock revolver. Over 10,000 were produced between 1819 and 1824 by John Evans & Son of London, and used extensively by British forces in India. The weapons flintlock action was a serious drawback as flints were unreliable, had to be changed frequently, and useless when wet. 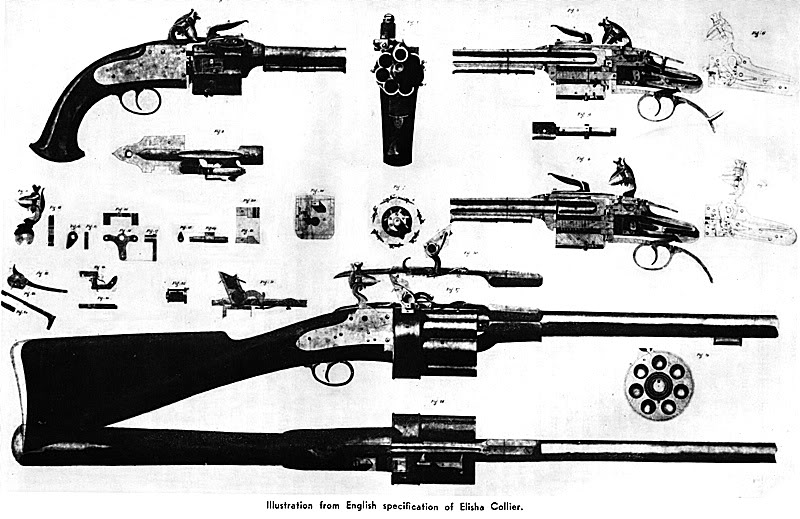 Samuel Colt followed in Collier’s footsteps producing his pepperbox pistol with revolving barrels, which saw huge popularity in the American west through the 1830s and 40s, and to a degree in Europe. Colt’s weapon was hand tooled, expensive, and not something a common man would have been familiar with. Several manufacturers started to produce different versions, but in limited numbers. Only private purchases were made by the wealthy, most people still used inaccurate smooth bore single-shot weapons. 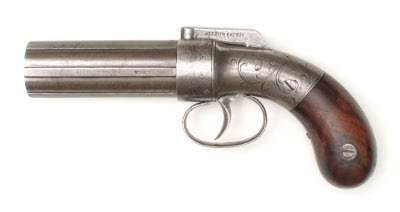 Part 2 will examine problems with design.