Parasols During the Early Victorian Era

If you enjoy this website, and would like to see it remain open, please purchase Kate Tattersall Adventures in China.

The history of sunshades goes back thousands of years, but it was during the Italian Renaissance of the 16th century that umbrellas and parasols were introduced to Europe. At first the items were large, used interchangeably, and generally carried by a servant to protect the wealthy from the elements and sun. Some were heavy (made of leather) but silk, paper, and cotton grew in popularity. During the 1700s parasols had already evolved into a woman’s fashion item, designed and decorated to match each promenade dress or walking suit, and was clearly defined as a sunshade; not for rain and snow. To make them collapsible developed around 1800, but ribs would break, paper tear, and the materials mildew if left damp. By the early Victorian era metallurgy had improved and alloy ribs were being used, nickel silver particularly popular. This type of thin strong metal was developed in Germany by craftsmen in an attempt to imitate the Chinese combination of copper, nickel and zinc, known as paktong. 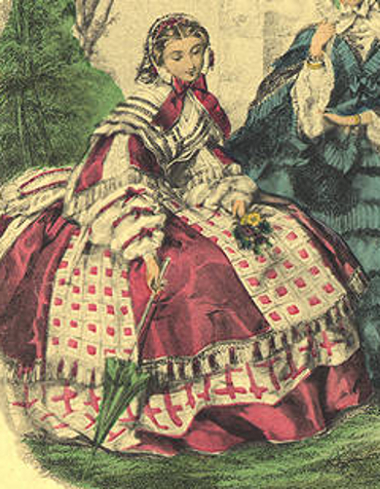 “Americanized Parisian outdoor dress, 1845” reveals that the enormous hooped skirts and small bonnets were popular in the United States before England. Note the tiny parasol. 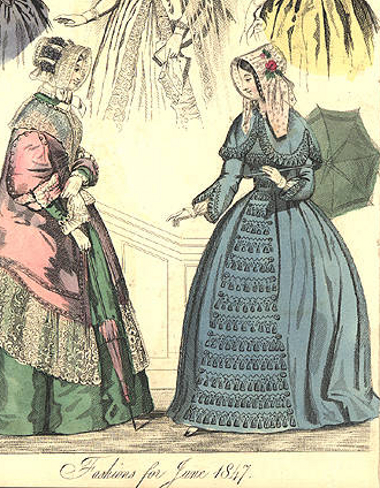 This 1847 example shows similar parasols. Small, long handled, different colours for various outfits, likely crafted of silk with nickel silver ribs. Unfortunately not much detail can be seen in any of these fashion plates.

At the beginning of Queen Victoria’s reign the parasols were quite plain, but by about 1850 tassels and frills grew in popularity. In each ensuing year the adornments became more ostentatious. If a dress had bows or flounces, the parasol could be adorned with the same decoration. This was a matter of taste, and ladies selected modest or extravagant versions for different circumstances, and based on what their income would allow. Of course it was only the wealthy who used parasols as a day-to-day accoutrement. A poor girl might have a simple parasol for church, or a Sunday afternoon stroll. It was during the 1850s the marquise parasol was developed, a style that tipped at the top, so a lady could hold the shaft straight and still shade her face well no matter the angle of the sun. 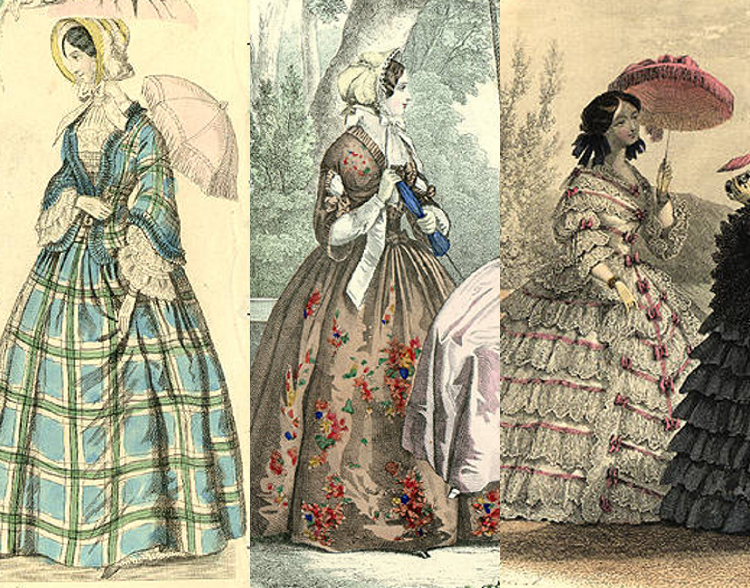 (Note that in all the fashion plates above the ladies are depicted with just a parasol and not a handbag. Purses, often called reticules, were only starting to grow in popularity in the mid 1800s. Large pockets were sewn into their voluminous skirts and they also carried baskets. In the winter their muffs served as a storage space. Wealthy ladies would often be accompanied by a maid who carried anything their mistress may require.)

During this time many houses featured racks (two horizontal parallel arms) for placing open parasols and umbrellas high overhead in front and back halls; ideal for implements that didn’t close, could be damaged by constant opening and closing, or damp items. Parasol handles were usually straight, but some hooked examples exist. A plain parasol might have a wooden or metal pole with a bone handle, while the most expensive choices were of carved ivory shafts, decorated with inlaid jewels and gold banding. An in between version could be with carved horn and silver filigree accents. Throughout the Victorian era the handles grew longer, so “carriage” parasols were designed with a hinge in the middle to allow breakdown and ease of movement in tight spots. 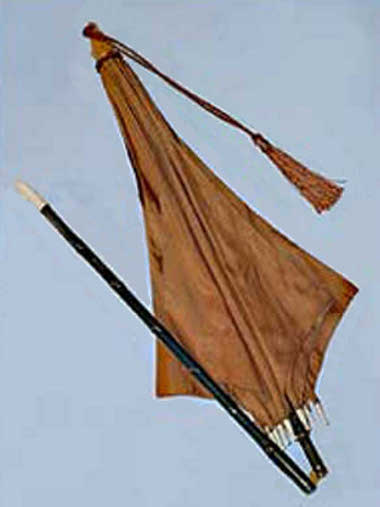 An 1850 example, quite plain, the hinge is clearly visible on the wood shaft, perhaps an ivory tip, the silk has held up very well over the years. 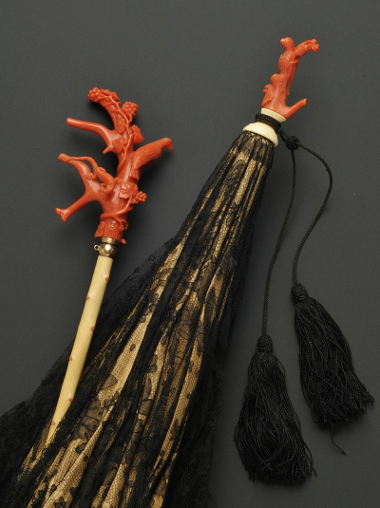 Something of great interest to adventuresses (like Kate Tattersall), parasols and umbrellas could be purchased as weapons for self defence. In the Official Catalogue of the Great Exhibition of the Works of Industry of All Nations 1851, on page 145 it lists; “A new patent parasol, travelling umbrella, with folding handle, stiletto or defensive.” This Mr. Boss of Bury St. may have been making regular parasols and umbrellas, but also offered a combination model with the stiletto tip for travelling in dangerous circles. Perhaps the handle pulled off to reveal a blade secreted inside the pole? 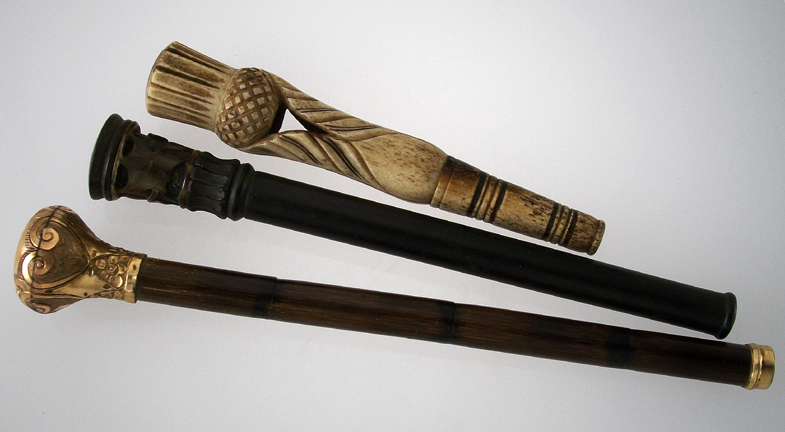 Available for purchase from these fine vendors:

And book sellers near you. Look for this sensational penny dreadful styled cover.
Please consider purchasing the adventures from a local independent bookshop.

Contentious Visit1 Comment(s)
Noble Visits3 Comment(s)
A Noble Visitor2 Comment(s)
" It was enforced but very loosely. I always find it interest... "~ Aaron
" I have 2 sabres near identical to the 1853 sabre with markin... "~ Davy
" I stumbled on your website and am so glad Lots of interestin... "~ Sally